Mental health has been ‘a second pandemic’ during a year of COVID-19, Utah doctors say – Salt Lake Tribune

Mental health has been ‘a second pandemic’ during a… 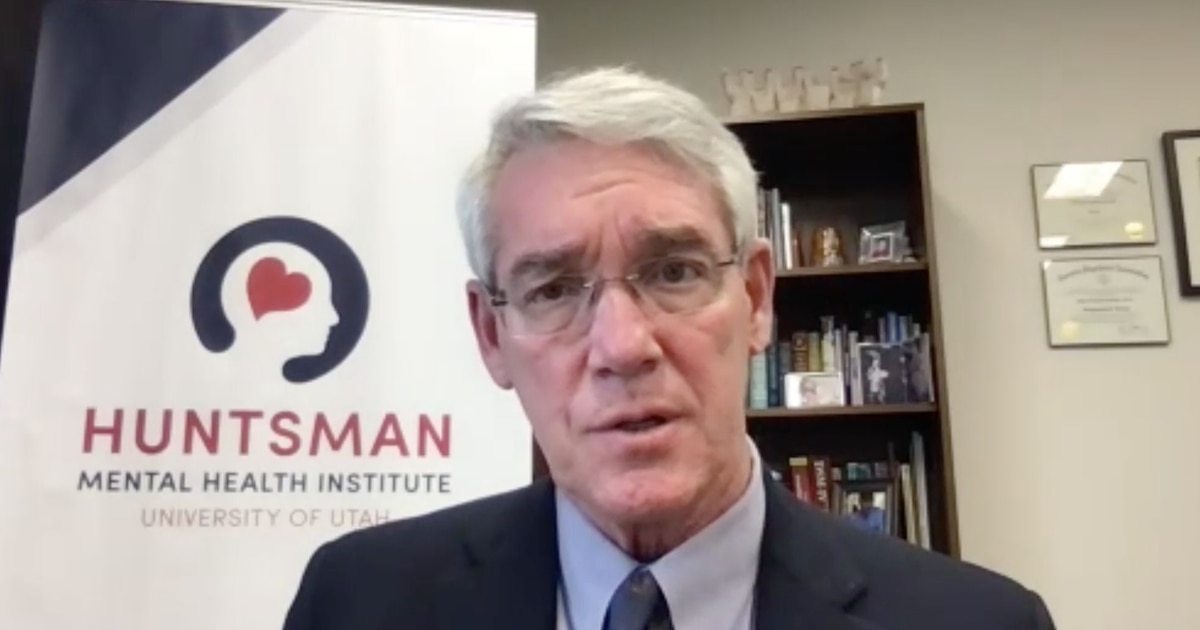 A year of the COVID-19 pandemic — which has caused more than half a million deaths nationwide, and more than 2,000 in Utah — also has done damage to our mental wellbeing, the head of the Huntsman Mental Health Institute said.

Mental health has become “a second pandemic within that pandemic right now,” Dr. Mark Rapaport, the institute’s CEO and chair of the University of Utah’s department of psychiatry, said Thursday, on the first anniversary of the World Health Organization’s declaration that the COVID-19 spread was a global pandemic.

With those changes, Rapaport said, have come challenges to mental health. In surveys, 40% of those responding said they have had problems with anxiety and depression, he said, and both alcohol sales and problems with substance-abuse disorders have skyrocketed.

Dr. Kristin Francis, an expert in adult, child and adolescent psychiatry at the institute, said the pandemic “has been really hard on young people.”

The rates of substance abuse and recent suicidal thoughts are twice as high among teens than among adults, Francis said. Also, the Centers for Disease Control and Prevention are reporting that emergency room visits for mental health concerns by young people are up nearly 50%.

Francis urged people to watch for warning signs: “If your kid suddenly is irritable, not eating, not sleeping well, not able to go to school, not wanting to play with friends, talking about senses of hopelessness or anxiety, that they can’t manage enough to do what we normally have them do — these are all signs that they need help and support.”

Institute officials touted their services to help Utahns in times of crisis. Those include the Utah Crisis Line, a 24/7 phone line offering free and confidential health and support at 1-800-273-TALK. It’s affiliated with the National Suicide Prevention Hotline.

There’s also the Utah WarmLine, where those having problems can speak to people who have gone through similar circumstances. It’s also free, and open from 8 a.m. to 11 p.m., seven days a week, at 833-SPEAKUT.

Even after the coronavirus has been contained, Rapaport said, the mental health issues the pandemic left behind could remain for years.

“We don’t know the impact of all of these changes on children of different ages,” Rapaport said, adding that the effect the pandemic has had on first responders and health care workers is also not fully understood. “We have to be very, very vigilant,” he said.

If you or people you know are at risk of self-harm, the Utah Crisis Line (affiliated with the National Suicide Prevention Lifeline) provides 24-hour support at 1-800-273-8255 (TALK).

Editor’s note: Paul Huntsman, chairman of the board of The Salt Lake Tribune, is a member of the Huntsman family, who are the major benefactors of the Huntsman Mental Health Institute.