From the health care beat: ‘We are all in the same storm together’ – Crain’s Cleveland Business

From the health care beat: ‘We are all in… 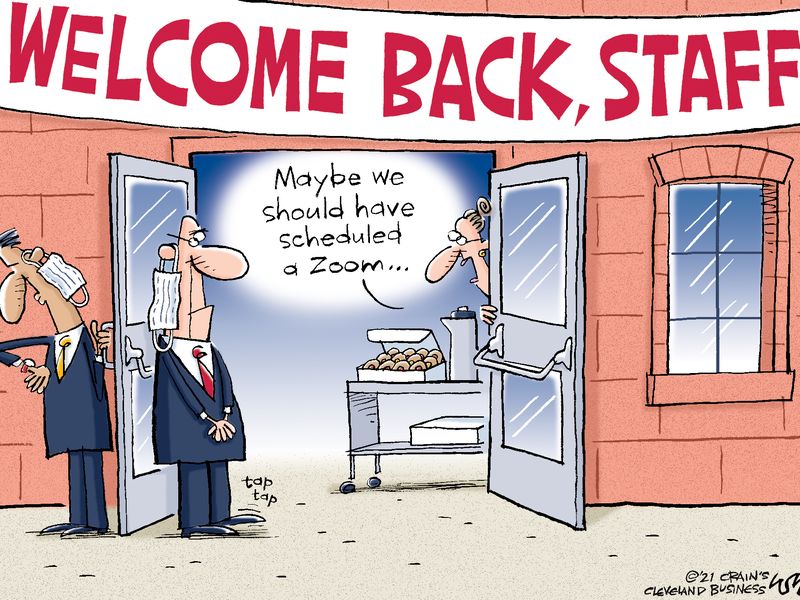 As communities navigate their way to a new post-vaccine normal, they are also grappling with the scars of a year marked with grief, fear and loss.

Some of these losses we can quantify: More than half a million Americans died. Thousands of businesses closed temporarily or permanently. Millions of Americans report their households did not get enough to eat or aren’t caught up on rent payments, recent data show.

Other losses are more difficult to calculate: stalled or derailed career paths, education impacts, the loss of understood normalcy.

Their ripple effects will be felt for years to come.

When people fall behind in their education, health and wealth, they’re not taking just one step back, but several, said Dr. Francoise Adan, chief whole health and well-being officer at University Hospitals. Suddenly, people are way behind, and “in this country, it would be really hard to catch up,” she said.

Adan likens the pandemic to a storm at sea.

“We are all in the same storm together, but we are not on the same boat,” Adan said. “And so, let’s face it, some people have incredible hardship right now, between losing jobs, losing businesses, losing loved ones, challenges at home with their kids. I mean, it’s on and on and on. You just wonder, how are they still going?”

The effects have been widespread — virtually everyone saw change in the past year — but are prevalent among Black, Latino, Indigenous and immigrant households in particular, reflecting deeply ingrained inequities that have long existed. This disproportional impact poses a risk of increasing the disparities that exist across gender, class and race.

When compared with their white counterparts, Black and Hispanic Americans are more likely to have experienced job and other income losses during the pandemic, according to a poll from The Associated Press-NORC Center for Public Affairs Research, which also showed that those who lost income are more likely to have found themselves in deep financial holes.

The pandemic and recession also have had a profound effect on women — especially women of color — as they were more likely to be laid off or furloughed during the crisis. Women often shoulder the majority of family caregiving responsibilities, which were made more difficult with disruptions to day care, schools and other childcare programs. Women — again, particularly minority women — are disproportionately represented in substantially hit sectors of the economy, like leisure and hospitality.

Previous generations have gone through tremendous loss and grief that impacted society as a whole, such as during World War II, said Dr. Ben Kearney, executive vice president and chief clinical officer of OhioGuidestone. But most of the people alive today haven’t dealt with anything like the broad impact seen in the past year.

Throughout the year, many people experienced very significant trauma and loss, such as those who lost loved ones, Kearney said.

“We need to think about how we’re going to honor not only people who have experienced real loss and grief, but people who have sacrificed through this,” he said, noting the essential workers who were unable or chose not to work from home, especially health care providers who took on exposure to COVID-19 day in and day out to care for the sickest patients.

In shaping a new post-vaccine normal, acknowledging the lasting pain of the past year is critical — as is recognizing the many incredible efforts in motion to address these challenges and then building on that momentum.

The circumstances of the past year have necessitated a lot of flexibility and grace for one another as computers offered windows into the homes of friends and colleagues juggling responsibilities.

How we work will be fundamentally different as people’s expectations of their jobs change, Kearney said. And how people relate to one another has changed as well, with many gaining a greater capacity for gentleness and gratitude.

Failing to recognize those changes would be a disservice to organizations, he said.

This unprecedented year of immense loss has given people a chance to examine what they value in and outside of work. The pandemic forced an inherent shift in perspectives and understanding. How we build on this, and how — and how much — leaders are able to begin addressing these changes and the inequities will ultimately shape our new normal.

Rep. Roberts introduces revamped bill that could create a Colorado public health insurance option – Craig Daily Press
My husband, other health-care workers have been praised for their struggles with the pandemic. Families should be recognized, too. – The Washington Post