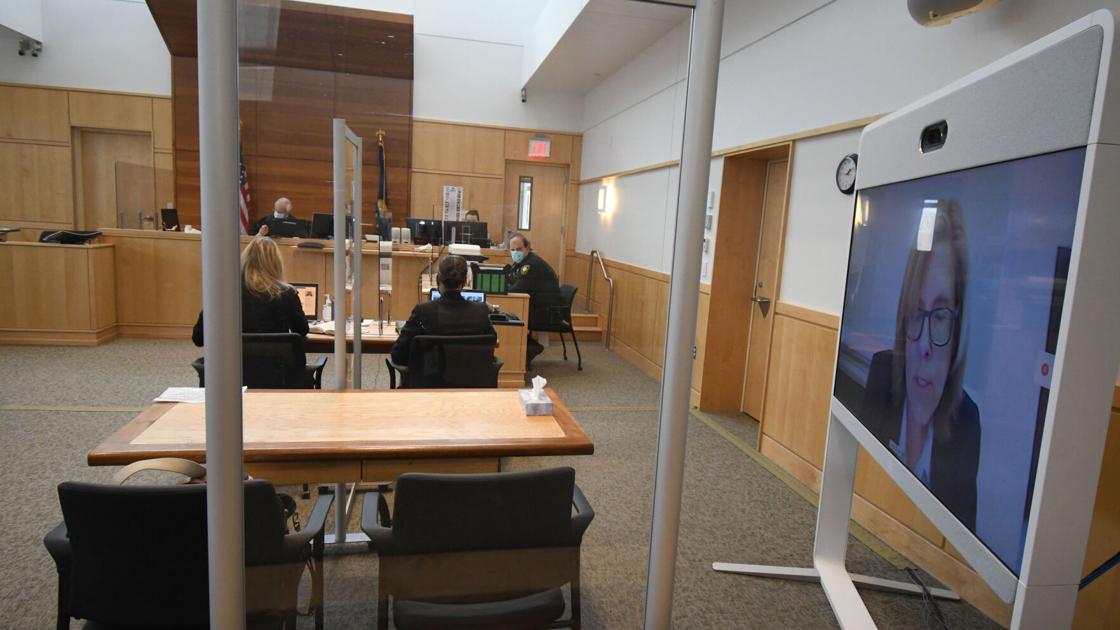 BENNINGTON — Florida police spoke Wednesday about seeing Leonard Forte walking and breathing without trouble, which prosecutors said contradicts Forte’s claims of being in such bad health his decades-old child sex case should be dropped.

Forte, 79, is accused of sexually assaulting a 12-year-old girl at his Landgrove vacation home back in 1987. A retired investigator in New York, he was convicted the following year, but the presiding judge ordered a new trial, saying the female prosecutor had prejudiced the jury by being too emotional.

Forte began presenting evidence this week that he is too sick to be retried; therefore, his three felony charges should be dismissed — assertions he has made since the 1990s. State prosecutors believe Forte has been lying all along and have been gathering supporting evidence.

The decision on whether Forte will face a jury again rests on Judge Cortland Corsones, of the Bennington Superior Court.

On Wednesday, the prosecution called on a sheriff’s deputy who encountered Forte twice in the past several years in LaBelle, a city in southern Florida where he now lives.

Sgt. Christopher Norwood, of the Hendry County Sheriff’s Office, said he was helping control vehicular traffic during a local event in June 2020 when a gold-colored SUV pulled up not far from him.

He said Forte got out of the driver’s seat and approached him from about 20 feet away. Forte then showed his driver’s license as well as his badge as a former investigator with New York’s Suffolk County District Attorney’s Office.

When questioned by Asst. Attorney General Linda Purdy, the lead prosecutor, Norwood said Forte didn’t appear to have trouble breathing or walking, nor was he using any mobility aid. He recalled seeing a woman in the passenger seat.

After a 5-minute exchange with Forte, Norwood said, “He got back into his vehicle and drove off.”

It wasn’t the first time the deputy had spoken to Forte. Four years earlier, on Oct. 13, 2016, Norwood said he went to the home of Forte and his wife after getting a call about broken water pipes that had flooded their yard. Forte apparently believed someone had tampered with the pipes while they’d been on a 3-1/2-month trip to New York City.

Norwood learned that Forte and his wife had left on June 28, 2016, and returned that day, after the sheriff’s office had alerted them to the flooded yard.

The lead prosecutor said that while Forte was traveling, he’d called in to the Bennington Superior Court that August to say he remained in ill health: he was in hospice care and couldn’t travel. “When he called in to the court … he was in New York City,” Purdy said during the remote hearing.

When asked, Norwood said that Forte didn’t appear to have trouble breathing or walking during their October encounter. He said Forte also filled out and signed a complaint form on the spot, atop his squad car.

Eight days later, Forte reportedly was readmitted to hospice. Purdy said hospice records show Forte complained of extreme shortness of breath, seeing no improvement despite the use of oxygen and needing a cane to walk.

“He not only lied to the court, he lied to hospice,” Purdy told Judge Corsones.

In May 2019, prosecutors said Forte again requested the sheriff’s office to check in on his home while they went on a three-week trip to New Jersey.

The following month, Forte supposedly entered hospice care again. He was discharged three months later because there was no measurable decline in his health, Purdy said.

Public defender Kate Lamson, one of Forte’s attorneys, repeatedly objected to questions about Forte’s activities several years ago. She said the crucial period in the case is in July 2019, when Forte’s implanted defibrillator sent an electric shock to his heart after detecting abnormal heartbeat.

The shock was so strong, his daughter Lisa Forte said on Tuesday, that it “blew him off the toilet.” Her dad has seen a marked decline since then, she said, adding he moves with the help of a wheelchair or walker.

Forte’s evidentiary hearing will continue May 4 and 5. Three doctors and another Florida law enforcement officer are expected to testify.

Judge Corsones has not yet ruled on whether prosecutors will be allowed to bring up two videos showing Florida police’s encounters with Forte in 2019. Prosecutors said they didn’t know about the videos’ existence till March 8, after the attorney’s deadline for exchanging evidence had passed.

The state is determined to close the case through a trial, and end what has been described as one of the oldest criminal cases in U.S. recorded history.