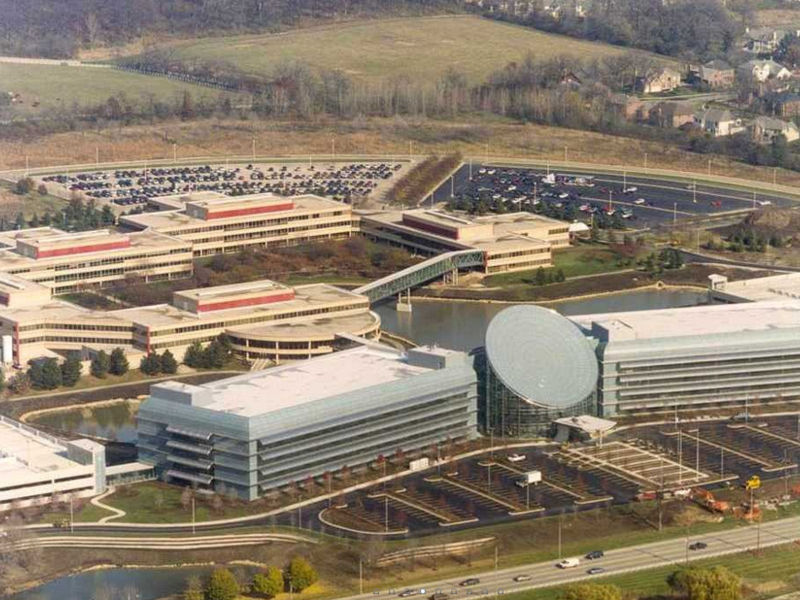 Joining the swarm of companies trying to shed office space amid the COVID-19 pandemic, Amita Health is offering its entire 223,000-square-foot Lisle headquarters on the secondary market, according to a marketing flyer from brokerage CBRE.

The listing marks the largest block of available sublease space in the suburbs, supplanting credit reporting agency Experian’s nearly 178,000-square-foot offering in Schaumburg. It also highlights the magnitude of the challenge ahead for office landlords as a full year with many employees working from home pushes companies to rethink their workspace needs.

That was the case for Amita, which surveyed its nonclinical workers during the pandemic and “found many based at our Lisle system headquarters preferred working remotely and were able to do so without interruption,” an Amita spokeswoman said in a statement. “As we begin to re-emerge from the pandemic, many have opted to continue working remotely, leading to higher engagement and lower turnover rates. Our associates’ desire to work remotely and our ability to provide alternate work environments, in turn, requires less physical office space.”

The spokeswoman added that Amita intends to sublease “a significant portion” of the space, but that some employees are working from the campus now and will continue to do so.

The sublease listing comes three years after Amita relocated its home office and about 1,100 employees in 2018 to the campus of truck maker Navistar from Arlington Heights, a move that also consolidated workers from several other suburban offices. Navistar, which is being acquired by the truck unit of auto giant Volkswagen, owns the 1.2 million-square-foot property and occupies about half of it, according to real estate information company CoStar Group.

Amita’s lease at 2601 Navistar Lane runs through June 2028 and includes space on seven floors across three buildings on the campus, which sits just north of Interstate 88 near Naperville Road. The CBRE flyer says the space can be subleased in pieces as small as 15,000 square feet.

The sublease offering pushes the suburbs’ total office inventory on the aftermarket above 4.2 million square feet, or about 71 percent more than there was before the pandemic, according to Jones Lang LaSalle. Overall suburban office vacancy at the end of 2020 was just shy of a record high.

Some of the sublease surge could pull back as companies have the opportunity to return to offices in greater numbers when the pandemic subsides. But the amount of space tenants are trying to shed signals some office demand may have eroded for good. That could push down rents and boost concessions landlords will need to shell out to land tenants for the foreseeable future.

For Amita, subleasing some of its headquarters could help the company save cash while it recovers from a year in which COVID caused patient volume to fall and expenses to increase. The joint venture of three health systems—Alexian Brothers Health System, Adventist Midwest Health and Presence Health—also went through a leadership shakeup in 2019, with Keith Parrott named Amita’s new president and CEO less than three months before the pandemic began.

Navistar moved to the campus in 2011 but shrunk its headcount significantly in the following years and in 2015 began trying to lease half of the office space there—eventually striking the deal with Amita in 2017.