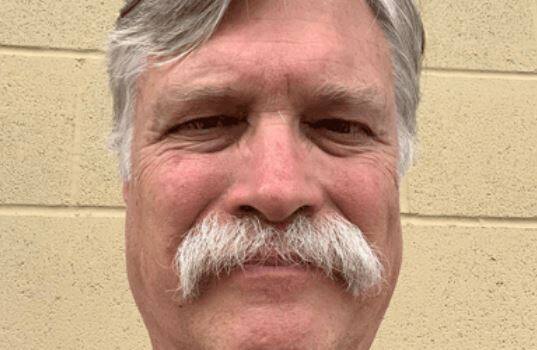 Lake County’s public health officer is joining a growing list of local health leaders in California departing after months of pushback, criticism and vilification over pandemic-related rules to combat the coronavirus.

Dr. Gary Pace announced Friday that he’s stepping down in mid-April. He intends to work with county officials to find his replacement.

Pace, who became the county’s health officer in October 2019, said in a statement he plans to return to practicing family medicine.

In his statement, he described his critical role during the pandemic as “one of the most rewarding experiences and greatest challenges of my career.

“Particularly over these past 11 months, I have given all I had the capacity to give,” Pace said. “I sought to listen to the needs of local residents, and provide safety measures and other health recommendations that best reflected the available science, knowing they would often be widely criticized.”

That criticism came from residents and some county officials. Pace got hard pushback to his decision to enact a mask mandate for businesses that preceded state requirements for facial coverings. Lake County Sheriff Brian Martin in November declined to enforce the mandate, as well as other state and local public health orders.

“We’re already short-staffed in the county,” Martin said Friday. “When I think about how I’m going to allocate resources, we’re going to respond to people who actually need law enforcement” ahead of “somebody calling to complain that someone’s not wearing a mask, or there are eight people in a house where there should only be six.”

Pace will be at least the eighth local public health official in the state to leave the post after a barrage of hostility from the public and businesses outcry over mask mandates and restrictions to commercial operations. Since the pandemic started last March, senior health officials have exited in Placer, Butte, Yolo, San Benito, Nevada, San Bernardino and Orange counties.

In an email Friday to The Press Democrat, Pace said, “Personally, I have given what I could, and have a strong desire to return to clinical medicine.” He declined to be interviewed.

Lake County Supervisor Eddie Crandell said he had not spoken with Pace about his decision, calling it “sad news.”

Crandell expressed regret that many of Pace’s public health orders during the pandemic were met with resistance and at times hostility.

“It’s really tough for him to take the criticism and even sometimes the abuse,” Crandell said.

Lake County Board of Supervisors will discuss a strategy to replace Pace during a meeting Tuesday.

County spokesman Matthew Rothstein said the specific date of Pace’s April departure is “not set in stone,” and that “every reasonable effort will be made, both by the county and Dr. Pace, to ensure a smooth transition.”

You can reach Staff Writer Ethan Varian at ethan.varian@pressdemocrat.com or 707-521-5412. On Twitter @ethanvarian