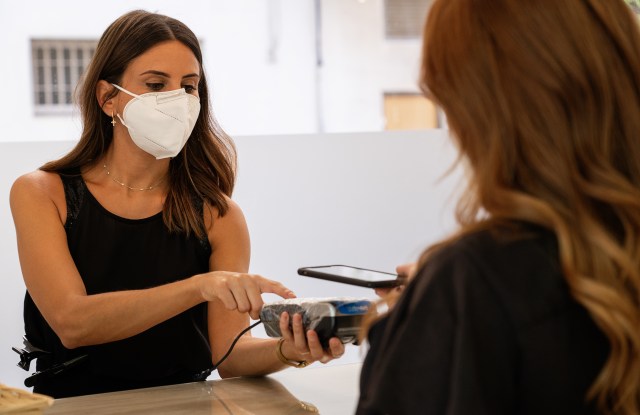 According to Visa’s third installment of its global “Back to Business” study, 82 percent of small businesses had embraced digital technology to meet evolving consumer behaviors by the end of 2020.

Visa’s study, which surveyed 250 small business owners and 1,000 consumers globally, aimed to understand how shifting consumer behaviors have influenced small businesses, the world’s permanent shift toward digital commerce, and the resilience of so many small and micro business community through technology investments. In its survey, Visa found 37 percent of small business owners were most concerned about a continued shift in consumer behavior and almost 75 percent expressed concerns for health and safety issues continuing to keep consumers away in 2021.

“We can’t underestimate that there was a significant impact on small businesses around the globe because of COVID-19 and it’s heartbreaking and sad to see, but for those that have made the digital evolution have really rethought their business, we are finding that their optimism is actually up versus what we saw over the summer,” said Kevin Phalen, head of global business solutions at Visa. In fact, an astounding 82 percent of small business owners told Visa they are optimistic about the future of their business, with 42 percent saying they are “very optimistic.”

Among the many shifting consumer behaviors that emerged in the last year, the company found that selling products and services online was the top adjustment with 27 percent of small business owners saying they had done this for the first time due to the pandemic when surveyed in June and 43 percent reporting they are doing so more. Of those, 87 percent said they plan to sell more online over the next three months.

At the same time, consumer survey responses suggested digital payments are here to stay. Almost two-thirds of respondents said that even post-vaccine they would prefer to use contactless payments as much as or possibly even more than they currently are. And 85 percent of consumers said they expect digital options when they shop in-person with 47 percent of consumers saying they will not shop at stores that do not offer contactless ways to pay.

Notably, consumers are taking precautions personally as well with more than three in five respondents saying they have continued to clean their credit cards to fight against the spread of COVID-19.

In order to meet these consumer expectations, 82 percent of small business owners told Visa they have changed how they operate, largely driven by digital adjustments with 43 percent beginning to sell products and service online, 39 percent accepting contactless payments, 38 percent utilizing targeted advertising on social media and 30 percent digitizing business functions like backend payment operations. Notably, the study found younger business owners are far more likely to believe that contactless payments are important to the future with 80 percent of Millennials and 75 percent of Gen X owners reporting a “much more bullish” perspective on these consumer preferences compared to 61 percent of Boomer owners.

As small businesses continue to embrace investments in technology, the top priority area of tech investment in 2021 was revealed to be payment security and fraud, followed by contactless or mobile payments, accepting payments via mobile devices, buy now, pay later options and digitizing backend payment operations.

According to Phalen, questions of protecting against fraud and establishing securing in e-commerce is something Visa started hearing from many of its small business partners in the past year as so many entered into digital retail. The businesses, he said, were looking to gain assurance and protections for not only themselves as they deployed contactless payments but also to build trust with consumers. In its survey, Visa found that almost half of small business owners believe “security and fraud management software is a critical area of investment to meet consumer needs” this year.

Notably, buy now, pay later solutions, which have grown substantially in popularity during the pandemic, came in as the fourth priority for small businesses as they plan investments this year, with 36 percent of small business owners said they believe the ability to offer these payment solutions will be critical to meet consumer needs. According to Visa, these solutions have grown 2.5 times as fast as credit cards with expectations to grow even more in 2021. Phalen noted that the company expects that, as with contactless payments, the consumers who utilize buy now, pay later will grow as older generations become more comfortable with the technology.

“There have been a lot of discussions as to whether or not digital was going to be the new norm into 2021, and what we’ve heard from small businesses is not only going to be the new norm, it’s going to continue to expand and that’s the key message that we walked away with [in this study],” Phalen said. “And quite honestly, to Visa it told us to redouble our efforts in that area, whether it’s supporting from a securing and fraud perspective, helping SMBs with backend operations, helping with buy now, pay later solutions because we want to make sure that we’re there to support small businesses as they grow.”

Blurring the Lines for Multigenerational Appeal

Bring It Back: Survey Reveals Intent to Return Sentiment