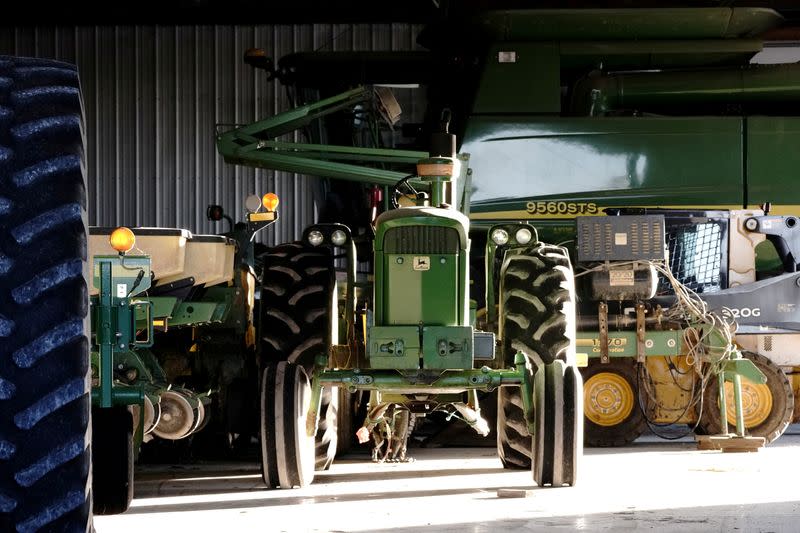 WASHINGTON (Reuters) – New orders for key U.S.-made capital goods increased for an eighth straight month in December, pointing to solid growth in business spending on equipment in the fourth quarter and likely helping to underpin the economic recovery.

The report from the Commerce Department on Wednesday was published ahead of the government’s snapshot of fourth-quarter gross domestic product on Thursday, expected to show a sharp slowdown in growth after a historic pace of expansion in the third quarter.

The anticipated loss of momentum will likely reflect a resurgence in COVID-19 cases and exhaustion of relief money from the government. Federal Reserve officials, wrapping up a two-day meeting on Wednesday, are expected to maintain the U.S. central bank’s ultra-easy monetary policy stance amid high unemployment.

“Business demand for new equipment is booming but Fed officials know that until companies start to rehire workers, the economic recovery will be incomplete,” said Chris Rupkey, chief economist at MUFG in New York.

Core capital goods orders surged 1.8% year-on-year in December. Demand has shifted away from services like travel and hospitality towards goods like motor vehicles, electronics and medical equipment during the COVID-19 pandemic. That has contributed to boosting production at factories, though output remains about 2.6% below its pre-pandemic level.

Manufacturing, which accounts for 11.9% of the economy, is also being supported by businesses rebuilding depleted inventories. In December, core capital goods orders were lifted by demand for machinery and primary and fabricated metal products. But orders for computers and electronic products fell while bookings for electrical equipment, appliances and components barely rose.

Stocks on Wall Street were trading lower as investors parsed earnings reports from companies including Boeing and Microsoft. The dollar rose against a basket of currencies. U.S. Treasury prices were higher.

Strong business spending on equipment likely helped to partially offset an anticipated slowdown in consumer spending last quarter. According to a Reuters survey of economists, GDP likely increased at a 4.0% annualized rate last quarter after surging at a record 33.4% pace in the July-September period.

It will likely remain supported by nearly $900 billion in additional fiscal stimulus provided by the government at the end of December, which is likely to jolt consumer spending in January after it slowed in the last two months. President Joe Biden has unveiled a recovery plan worth $1.9 trillion, though there is resistance from some lawmakers.

The economy contracted at a 31.4% rate in the second quarter, the deepest since the government started keeping records in 1947.

Business investment on equipment rebounded strongly in the third quarter after five straight quarterly declines. Regional manufacturing surveys have suggested that the strength in business investment could be sustained in the near term.

Orders for durable goods, items ranging from toasters to aircraft that are meant to last three years or more, gained 0.2% in December after rising 1.2% in November. Durable goods orders were restrained by a 1.0% decline in orders for transportation equipment, which followed a 1.9% increase in November.

Orders for civilian aircraft plunged 51.8%. This was despite Boeing reporting on its website that it had received 90 aircraft orders in December, up from 27 in November.

The government recently lifted a 20-month grounding of Boeing’s best-selling 737 MAX jets that came after two crashes in Indonesia and Ethiopia. Boeing on Wednesday reported a record annual loss because of the pandemic and 737 MAX safety crisis.

Orders for motor vehicles and parts rose 1.4% in December after accelerating 2.8% in November.