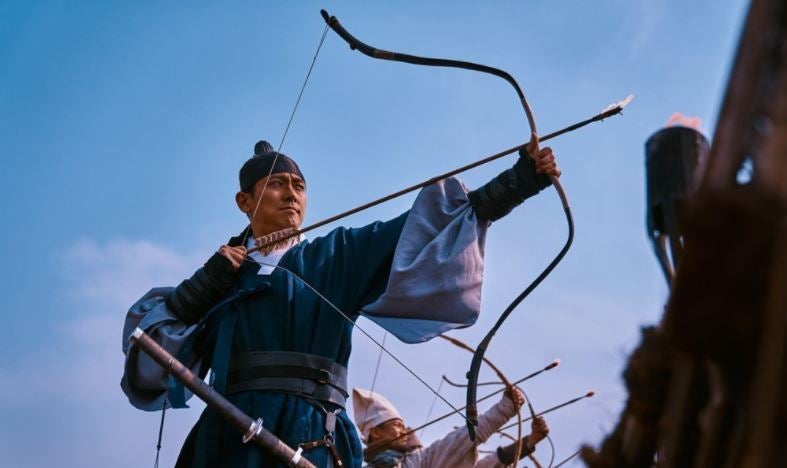 A scene from “Kingdom Season 2.” (Netflix)

SEOUL — US media giant Netflix is beefing up efforts to secure popular Korean-made films and shows as part of a strategy to boost its presence in the global streaming service market.

Netflix, which launched its Korean service in 2015, said it set up a separate production firm, Netflix Entertainment Korea, which deals with fostering and financing up-and-coming Korean-language content, in September.

“It is part of our efforts to introduce more Korean content to the world,” Netflix Services Korea said. “As Korean-made content has been loved by global entertainment fans, we expect our business and investment here will increase further.”

The establishment of the new unit reflects Netflix’s deepening investment in South Korea, whose TV series and shows have created a boom and gained huge popularity especially in Asian countries.

The platform service operator has funneled nearly 800 billion won ($722.4 million) into Korean titles since 2015, with about 70 Korean-language original shows having been created, including the historical zombie horror series “Kingdom” (2019).

It has also signed strategic partnerships with South Korean content creators, including Studio Dragon, which was behind the smash-hit TV series “Guardian: The Lonely and Great God” (2016).

Netflix has already set up a few production hubs in countries like Britain and Spain, where their original content has a competitive edge in the global market.

At the same time, the streaming service firm has been moving swiftly to have the whip hand in the film production industry and theaters in South Korea, which have been hit hard by the protracted coronavirus pandemic.

It has bought the distributing rights of three Korean films, “Time To Hunt,” “Call” and “Space Sweepers,” and released them on its platform without theatrical runs.

Experts said Netflix seems to be satisfied with the rising demand for Korean dramas and series in the global market.

In Southeast Asian countries, in particular, Korean-language series have been listed among the most-viewed Netflix shows in recent few months, pushing the company to expand its investment in Korean productions.

“Netflix’s investment in Korean content has reached 800 billion won over the five years,” Ji In-hae, an analyst from Hanwha Investment & Securities, said. “Its performance indicators, such as global traffic, have satisfied Netflix.” (Yonhap)

<!– Please implement on Entertainment only, remove the twitter handle after the byline in #byline_share

Don’t miss out on the latest news and information.