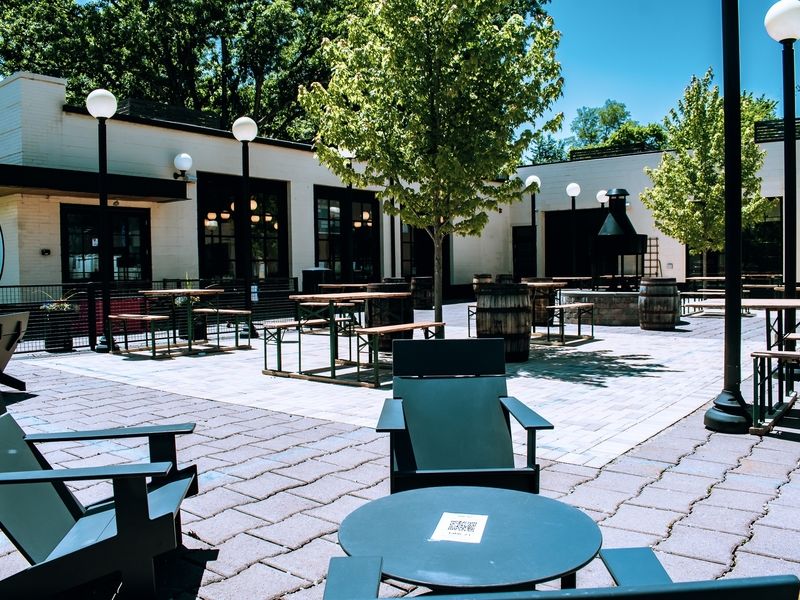 Owners of the Ferndale Project rolled out doughnut, pizza and beer delivery businesses to stay afloat during the COVID-19 pandemic, and now they’re turning to a community investment campaign to help make it through winter.

The company began accepting individual investments about a month ago and has raised more than $180,000 with just less than a month left in the campaign. Co-owner Dayne Bartscht said he expects to hit the $250,000 ceiling soon.

Investors receive a “revenue sharing note” with a 1.4 multiplier. For example, a $100 investment will be repaid $140 by the company within five years. It does not come with an equity stake.

“Back in March, we were just chasing revenue and trying to do everything we could to drum up business,” Bartscht said, a Crain’s 40 Under 40 honoree in 2019. “I didn’t want to do that again. (The fundraising campaign) is a good way to give back to the community, so as we find success, instead of paying interest to a bank, we can pay it to community members that supported us.”

The investments are being managed by Mainvest Inc., a Massachusetts-based funding portal licensed by the U.S. Securities and Exchange Commission. It resembles the Detroit City FC campaign launched through Wefunder in July, which raised $1.8 million for the soccer club. In that campaign, however, investors received a small ownership stake in the club.

The company launched beer delivery March 16, the day the state halted dine-in service, and it took off quickly. Bartscht bought four delivery vans and rebranded the service as Peddler, a small local alternative to Uber Eats. It ships Eastern Market Brewing Co. beer and Ferndale Project food, as well as that of other craft brewers and restaurants. It also ships coffee from Ashe Supply Co., which Eastern Market Brewing acquired in March.

Vegan donuts and Detroit-style pizza, each cooked up in Ferndale, have also opened new revenue streams. The company launched Dooped Donuts a few weeks ago and will start a separate pizza brand this month while shopping around for more space, Bartscht said.

“We had a full kitchen and kitchen team that were looking for things to do, and that’s kind of what led to it,” he said. “We made a conscious decision that we would try to do what we could to keep everyone busy.”

Since the pandemic started, total employee count across the businesses has tripled to around 50 full and part time. The company has avoided making layoffs, and Ferndale Project is on track to meet its first-year revenue projections of $2 million, Bartscht said.

“We just didn’t meet them the way we thought we would,” he added.

That revenue is separate from sales generated at Ashe Supply and Eastern Market Brewing, which opened in 2017 and was set to hit $1 million in sales last year. It took a big revenue hit from the pandemic, Bartscht said, but he declined to elaborate. He said the companies received Paycheck Protection Program funding that amounted to less than $150,000.

The taprooms in Ferndale and Eastern Market are closed for indoor seating during the state-mandated “pause” that many in the industry expect will be extended past its intended Dec. 8 expiration date. The outdoor seating areas will remain open until people no longer want to brave the cold.

“It’s not really a meaningful revenue stream, but it’s nice to see people out enjoying a beer,” Bartscht said.

Most of the company’s revenue still comes from beer sales. Bartscht said it is brewing at capacity in Ferndale and Eastern Market for a total of 4,000 barrels per year.

Bartscht declined to say how much revenue the nonbrewing business ventures are generating, but said it is significant and growing. Still, the capital raise will provide a nice cushion if things go south again this winter.

“We’ve got all these different activities, and some are turning into new ventures, and I just didn’t want to have to spend more time coming up with new means to generate revenue and instead wanted to focus on the businesses that we have,” he said.