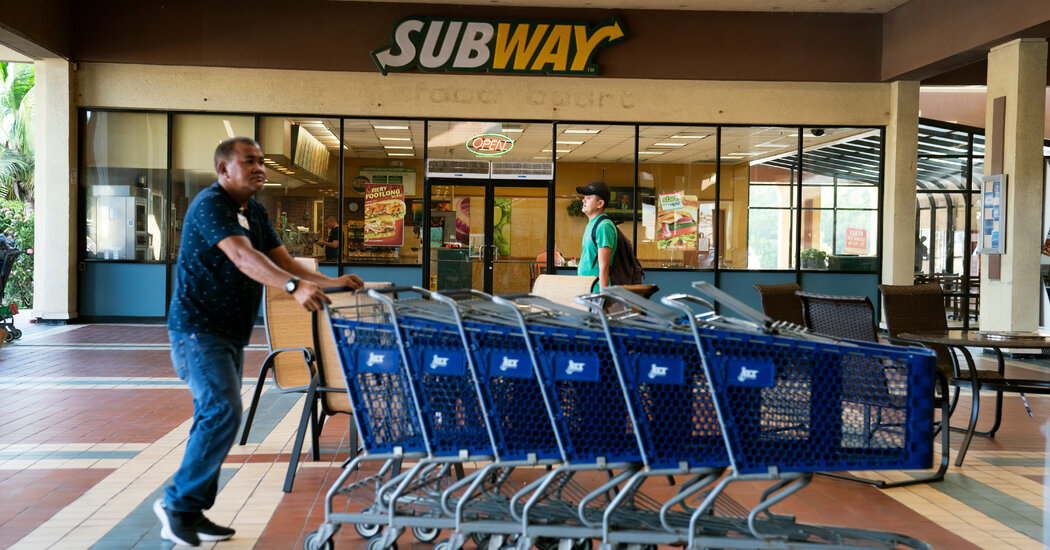 This article was produced in partnership with the Pulitzer Center on Crisis Reporting.

WASHINGTON — The Navy on Friday night abruptly shut down the church, schools, gym and most places where people congregate at its base at Guantánamo Bay, Cuba, returning to the strict restrictions it had imposed earlier in the coronavirus pandemic.

The base was “awaiting results from tests sent off site,” a spokeswoman, Nikki L. Maxwell, said Saturday night. She declined to say how many residents were suspected of being infected by the coronavirus at the base of 6,000 residents. The military generally declines to disclose infection figures at specific sites but has made exceptions in the Pacific.

On Thursday, base officials closed the Bayview fine-dining restaurant in the officers’ club complex, citing “some key staff feeling under the weather,” although Ms. Maxwell said those illnesses were unrelated to the virus. The next night, the base health department announced that “as an extra precautionary measure,” it was imposing a protection level of Charlie, which the military defines as signifying the risk of “sustained community transmission” in the pandemic.

Base notices reminded residents to stay at home and to call the hospital rather than go there “if you feel sick, have a fever, cough or experience any shortness of breath.”

By Saturday, base officials had closed the school for the sailors’ children, gyms for prison guards and other residents, the church complex, the barbershop, ball fields and swimming pools and were requiring restaurants to offer only takeout. The commissary remained open, with shoppers limited in number.

The base is a 45-square-mile outpost in southeast Cuba, with a small community hospital and limited health care facilities. While the military has said the base has some coronavirus rapid-testing capacity, Guantánamo has consistently sent samples to the mainland United States for more comprehensive testing.

The restrictions recalled those in March, the earliest months of the pandemic, when the military imposed strict limitations after a sailor returning from leave became sick, tested positive for the virus and was put under quarantine. Soon after, officials adopted a policy of not disclosing the number of cases of the virus on the base, if any.

Diving in the bay, a favorite pastime on long holiday weekends such as the one preceding Columbus Day, which is observed on Monday, was also canceled, as was a 5-kilometer run on Saturday morning celebrating the 244th birthday of the U.S. Navy, a community tradition.

“I understand this is a challenging situation for everyone here,” particularly given the holiday weekend, the base commander, Capt. John A. Fischer of the Navy said in an open letter to residents Saturday night. “Please use this off-duty time to rest and recharge safely.”

Hundreds of troops and Navy families have arrived at the base throughout the pandemic and have spent their first two weeks in quarantine as a protective measure.

Most of the estimated 240 students on the base had returned to the classroom last month for the first time since early spring. Over the weekend, the school told families it would revert to remote learning, with elementary classes delayed until Wednesday.

The pandemic has caused the cancellation of what was expected to be a busy year of war crimes proceedings at Guantánamo. The last hearing was held in late February, in part because of the complication of trying to manage the quarantining of a planeload of court personnel who commute from across the United States to each hearing. A small team of workers from the Office of Military Commissions is expected to travel there Tuesday.

No defense lawyers have visited the 40 wartime prisoners during the pandemic, although some have communicated through military-supervised video or telephone calls. The pandemic has also led the International Red Cross to cancel two regularly scheduled quarterly visits, contributing to the isolation of the outpost.