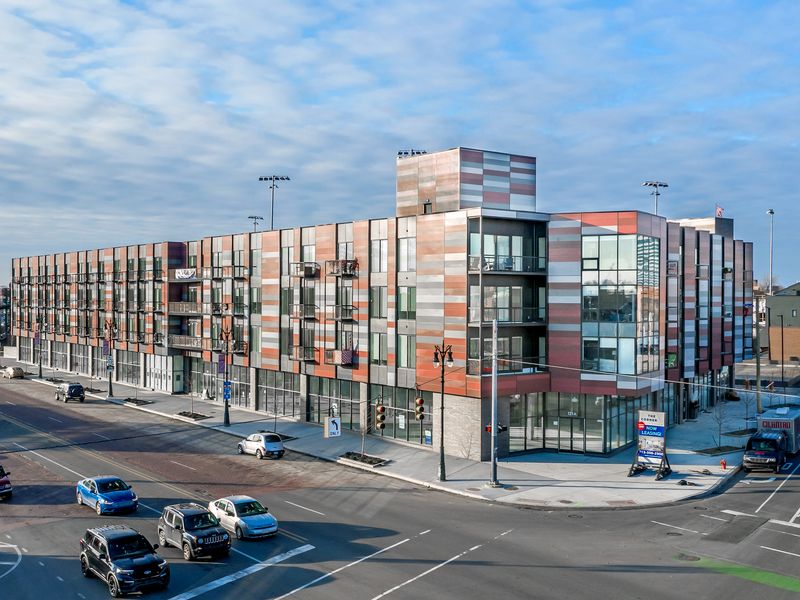 The company, which has grown to nine employees with a pair of recent new hires, expects its eighth fund — and its fifth devoted to the federally designated Opportunity Zones — to launch by the end of the year, said Justin Golden, partner along with Jed Howbert and Matt Temkin.

“It will be a diversified portfolio of buildings in the North End, New Center, Midtown, Villages and Southwest (neighborhoods), so it really covers a lot of the neighborhoods where we already have existing assets,” Golden said, adding that the company has invested $60 million in the past year in building purchases and rehabilitation.

“They bring valuable local development experience and share our mission of providing attainable and attractive housing in Detroit,” Howbert said in a statement.

Greatwater, which was founded in 2015, specializes in Opportunity Zones, which are federally designated areas offering financial sweeteners to investment in poor communities.

“Opportunity Zone tax incentives create a framework that sophisticated investors are comfortable with, and are partnering with local developers to bring much needed additional investment to Detroit,” he said.

Golden declined to identify other investors but said they include other Detroit expats who attended Detroit Homecoming.

Opportunity Zones are designated according to U.S. Census tracts where the poverty rate is at least 20 percent and the median household income is less than 80 percent of that in the surrounding areas. The Michigan State Housing Development authority says they are for “low-income communities nationwide that have been cut off from capital and experienced a lack of business growth.”

MSHDA says there are 1,152 tracts that are eligible for the designation, but only 25 percent (288) were allowed to be declared Opportunity Zones.

They work as follows: Investors place their capital gains in so-called Opportunity Funds, which then invest in Opportunity Zones. They can invest in things like real estate and business development.

The upside for investors is that they can defer and lower capital gains taxes.

Under the law, in general terms, capital gains must be invested in Opportunity Funds within 180 days after the gain is realized. Due to COVID-19, the Internal Revenue Service extended the investment window for gains that would have expired between April and December 2020 such that investors can contribute to the fund as late as Dec. 31, 2020.

There’s an extra carrot for investors if they leave the money in the fund 10 years or longer: They don’t have to pay any capital gains tax on the appreciation of the Opportunity Fund or depreciation recapture, in addition to getting the 10.9 percent discount rate on the tax due on the original investment and the deferral of the tax on the initial investment until Dec. 31, 2026. If they pull that money out before then, they pay normal capital gains tax on the fund’s appreciation.

Opportunity Zones have not been without controversy.

In general, critics argue that they could have been more acutely targeted in U.S. census tracts where investors may need more of a two-handed shove than a gentle nudge to put cash into things like real estate developments and business investments.

There is also little oversight over the program, making it difficult to measure its true impacts, although some lawmakers have sponsored legislation calling for more accountability.

“Opportunity Zones have the potential to be a great resource for low- to moderate-income communities, however without oversight and reporting requirements, there is no way of knowing the true impact of the funding,” said Melinda Clemons, vice president and Detroit market leader for Enterprise Community Partners Inc.

The Economic Innovation Group spearheaded the initiative that first started gaining traction in Congress in 2016. Dan Gilbert, the billionaire founder of Detroit-based mortgage giant Rocket Companies Inc. (NYSE: RKT), is a founding member of that organization.

A story last year in the nonprofit news outlet ProPublica said that a census tract laden with Gilbert-owned real estate in and around downtown did not meet certain requirements of the new break on capital gains taxes, yet it became a Qualified Opportunity Zone anyway.

The piece suggests Gilbert’s team influenced the White House to add it to the list of census tracts that the state could ultimately select. Gilbert’s team strongly disputed that.

U.S. Rep. Rashida Tlaib, D-Detroit, and others have called for Opportunity Zones to be eliminated, introducing legislation a year ago on the matter.

“Opportunity Zones were supposed to help uplift low-income communities and those living in poverty, but instead we are seeing them benefit billionaires and their luxury projects,” she said in a press release at the time.

The Michigan State Housing Development Authority says in a document on its website that “clustering census tracts will enhance economic opportunity.”

“Investors are not likely to invest in high-risk census tracts that have no potential,” the document reads.

She declined to say how much Opportunity Fund equity is being used for the 16-story building, which is anticipated to cost about $64.8 million and bring 165 residential units, with the 12 units on the top floors being for-sale condos and the other 153 being apartments. The project is planned for five parcels totaling a half-acre at Gratiot Avenue and Brush Street.

Opportunity Fund capital was used for land acquisition and demolition of Shapero Hall, the former site of a Wayne State University pharmacy school, to make way for the planned Lafayette West development in the Lafayette Park neighborhood, said Amin Irving, president and CEO of Novi-based developer Ginosko Development Co., which is spearheading the planned $108 million project.

“Opportunity Zone funding is important to Lafayette West because it made the capital raise process a lot quicker than anticipated,” Irving said. “As a result, we were able to acquire the property and ultimately demo the blighted building in an expedient manner.”

Construction has not yet begun on the project, which was announced more than two years ago. The site sits wrapped in a scrim.

In addition, Opportunity Zone funding was deployed in the redevelopment of the former Tigers Stadium site in Corktown by Eric Larson as well as Detroit-based The Platform LLC’s redevelopment of a vacant building in the Milwaukee Junction neighborhood now referred to as Chroma.

White House Cautiously Optimistic About Trump’s Health After Day of Mixed Signals – The Wall Street Journal
To ward off pessimism about his health, Trump releases a video from the hospital. – The New York Times