How a Low-Carb Diet Might Aid People With Type… 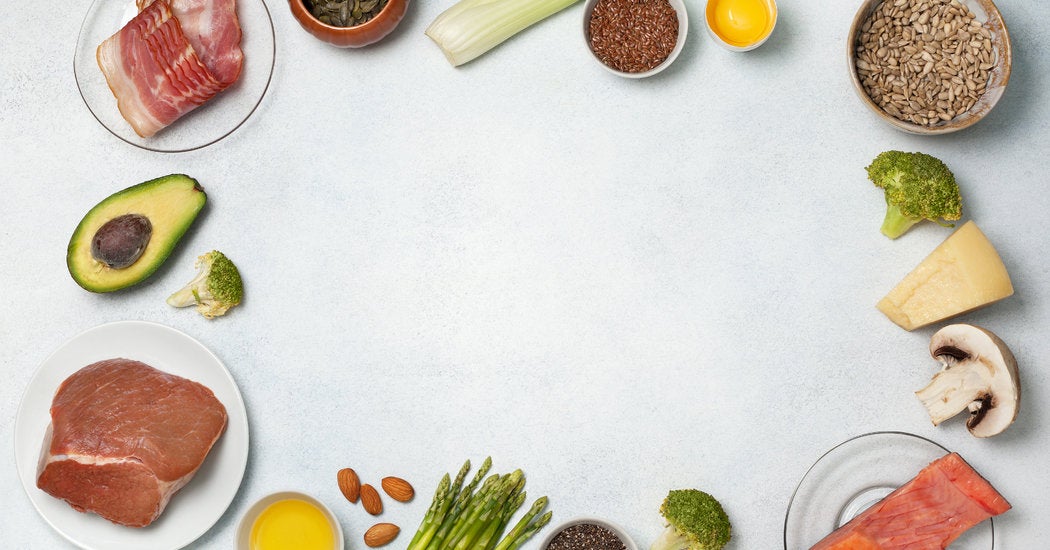 Dr. Carrie Diulus, an orthopedic surgeon with Type 1 diabetes who follows a low-carb vegan diet, credits the Bernstein approach with helping her keep her blood sugar under control. “It allows me to perform complex spine surgeries without worrying about my diabetes because my blood sugar stays relatively stable,” said Dr. Diulus, who helped inspire the new study when researchers learned about her participation in the TypeOneGrit community.

The most striking finding of the new report was that A1C levels, on average, fell from 7.15 percent, in the diabetic range, to 5.67 percent, which is normal. The rate of diabetes-related hospitalizations also fell, from 8 percent before the diet to 2 percent after, including fewer hospitalizations for hypoglycemic seizures.

Those following the diet had increased LDL cholesterol, likely from consuming more saturated fat, which some experts said was potentially concerning and deserved further study. But other heart disease risk factors appeared favorable: They had high HDL cholesterol, the protective kind, and low triglycerides, a type of fat in the blood linked to heart disease.

Dr. Joyce Lee, a diabetes expert at the University of Michigan who was not involved in the study, said the findings were impressive and merited further follow-up, and that patients who wanted to explore a low-carb approach might do so while being monitored by their health care team. But she also noted that the patients in the new study were a “highly motivated” group, and that it would be difficult for many people to adopt the restrictive regimen they followed.

“The reality is that it’s really hard to do low-carb, given our cultural norms,” said Dr. Lee, a professor of pediatrics at the University of Michigan.

In an interview, Dr. Bernstein, a co-author on the paper, said it demonstrates what he sees in his practice: That there are diabetics on his regimen “who are walking around with normal blood sugars and they are happy about it, healthy, and growing if they are kids.”

Derek Raulerson, 46, a human resources manager in Alabama, agrees. Both he and his son, Connor, 13, have Type 1 diabetes. Mr. Raulerson said he struggled for years to control his blood sugar. But six years ago, he gave up juice, bread, potatoes and other simple carbs, and made protein and nonstarchy vegetables the focus of his meals.